I Heart Studios strives to support charities and make a positive impact on the people in need by using photography as a powerful tool to support our long-term charity partner – Small Steps Project, to improve the well-being of children and their families living and working on rubbish dumps.

We had a talk with the founder of the Small Steps Project, Amy Hanson, who used her connection to organize the Celebrity Shoe Auctions campaign to raise funds for helping the children and families in the landfill.

I used to be a showbiz reporter, and my job was to interview celebrities, attend loads of black tie and red-carpet events. In 2008, I took a break from journalism and taught English in a medical centre in Cambodia, and the doctor took me to a rubbish dump. I saw kids everywhere naked, playing and eating rubbish in the landfills. I was wearing a pair of Wellington boots at that time, and everyone kept asking me for my boots. So, I figured I could raise the money to give the people working in the landfill a pair of boots. So, I got on to Facebook and raised 3,000 in a week, and that’s how it started.

Q2. What is the driving force behind supporting vulnerable children in developing countries, and why is it so important to you?

It’s two things. It’s supporting the kids, but it’s also the environment. I think it’s really positive now with so much climate action and climate change demonstrations, and people have been banging on about plastic and plastic waste for years. One of the global beverage companies promised that they would go zero plastic and recycle everything by 2030. But to meet those quotas, the unrecognized workers and kids have to collect that plastic, and 80% of the people collecting that plastic are paid USD1 a day. And the problem is, a massive amount of these people are children, so they can’t meet the climate goals without using child labour. So, if you have a chance to go to the dumpsite first-hand, seeing lots of kids playing the rubbish, it’s heart breaking for everyone.

Q3. Is there a story that really touched your heart that you would like to share with us?

I watched a girl growing up in the rubbish dump. Before the pandemic started, I went back to Cambodia with 4 of my suitcases of toys. At that time, she had just turned 18.  I handed those 4 suitcases of toys and a Small Step T-shirt to the girl. I didn’t tell her how to do it. I just wanted to see how she would do it, and it was beautiful. First of all, she put on the Small Step T-shirt, and she looked like she worked for Small Steps. Then, she started to give out all the toys, and all the kids loved them. Honestly, it was so emotional, watching somebody that I helped over the years and given stuff to over the years, get doing the same to other children and doing it in such a lovely manner without needing to be told. This is what you do. This is how you do it. She just naturally knew how to give and how to take care of the other kids. It’s lovely.

Q4. How many children have small steps project impacted over the years?

Small Steps Project has helped 20,000 people over the years. But the amazing thing is how many times they’ve been helped because we count our reach. So obviously, if I give someone a pair of shoes, they’ve just been helped once. But if you open a centre, and that child comes in every day, has education, meals, and healthcare, they’re helped every day. So, we calculate the reach by how many times each of those 20,000 beneficiaries have been helped. And it was like 650,000 times.

Q5. Why would you partner with I Heart Studios?

At first, we tried to do all the shoe photography by ourselves. But it was really challenging and became the most stressful part of it. So, then I reached out to I Heart and asked them to donate their skills for taking the shoe auction photographs, and since then, we have established the charity partnership, and it has just been maintained really well. I didn’t expect to get the level of help that we have got, which is much more than my expectations.

It is important for corporates to give something of their skills, be that photography, film, or social media because a charity needs all the same elements as any other company. Unfortunately, we just don’t have as much money. And with the help of I Heart Studios, we can save thousands of pounds a year, which means we can spend more money on the children we’re supposed to be helping.

Q6. What are the goals of the Small Steps Project? What role can I Heart Studios play in helping to achieve the goals?

I think the goals are really to create environmental and humanity awareness on a higher level. Obviously, we want the world to wake up to the humanitarian consequences of waste on a bigger scale. We’re creating all this waste, and it’s affecting the planet!  And all this recycling it’s being done by children. So, through our charity initiatives, we want to reach out to global companies creating plastic and have their support and sponsor our projects.

Want to make a bid and get a pair of celebrity shoes? The Celebrity Shoe Auction runs online on the Small Steps Project website from 30th November to 11th December 2021. To place a bid, please go to @smallstepsproject or www.charitystars.com/tag/small-steps-celebrity-shoe-campaign 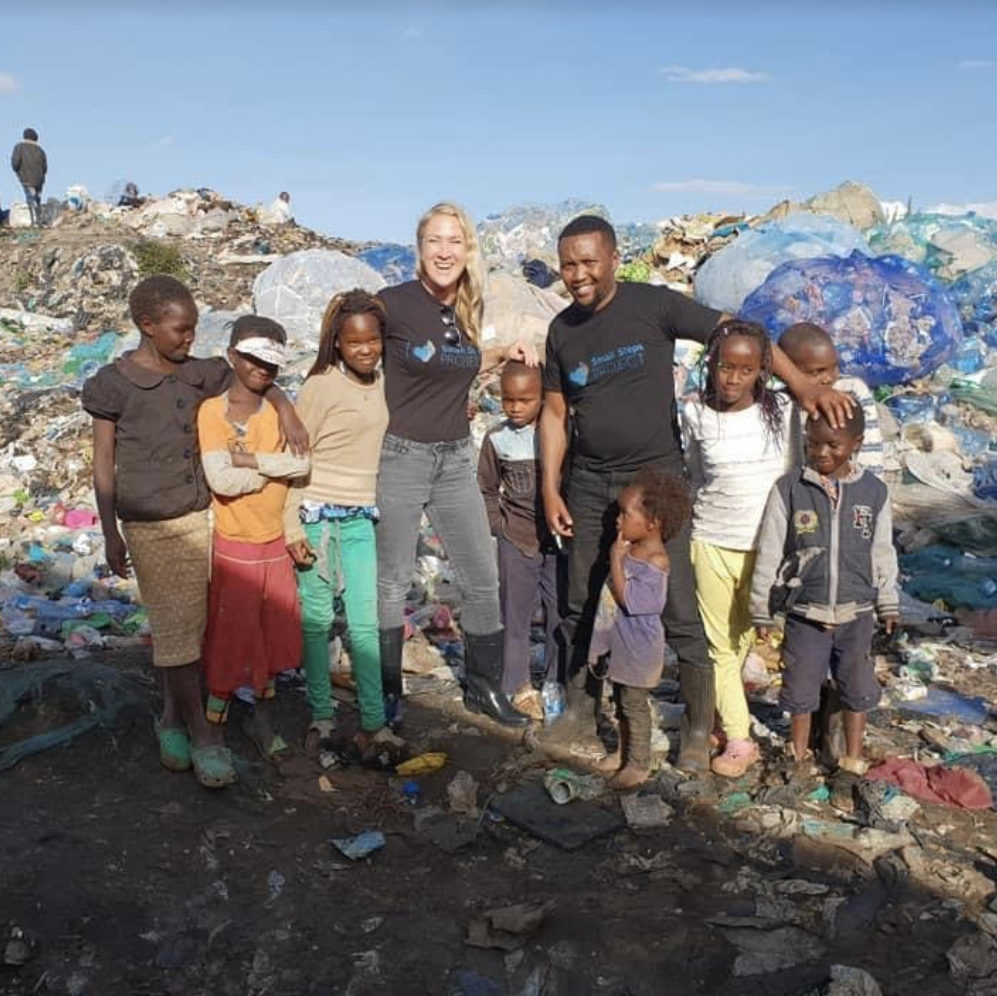 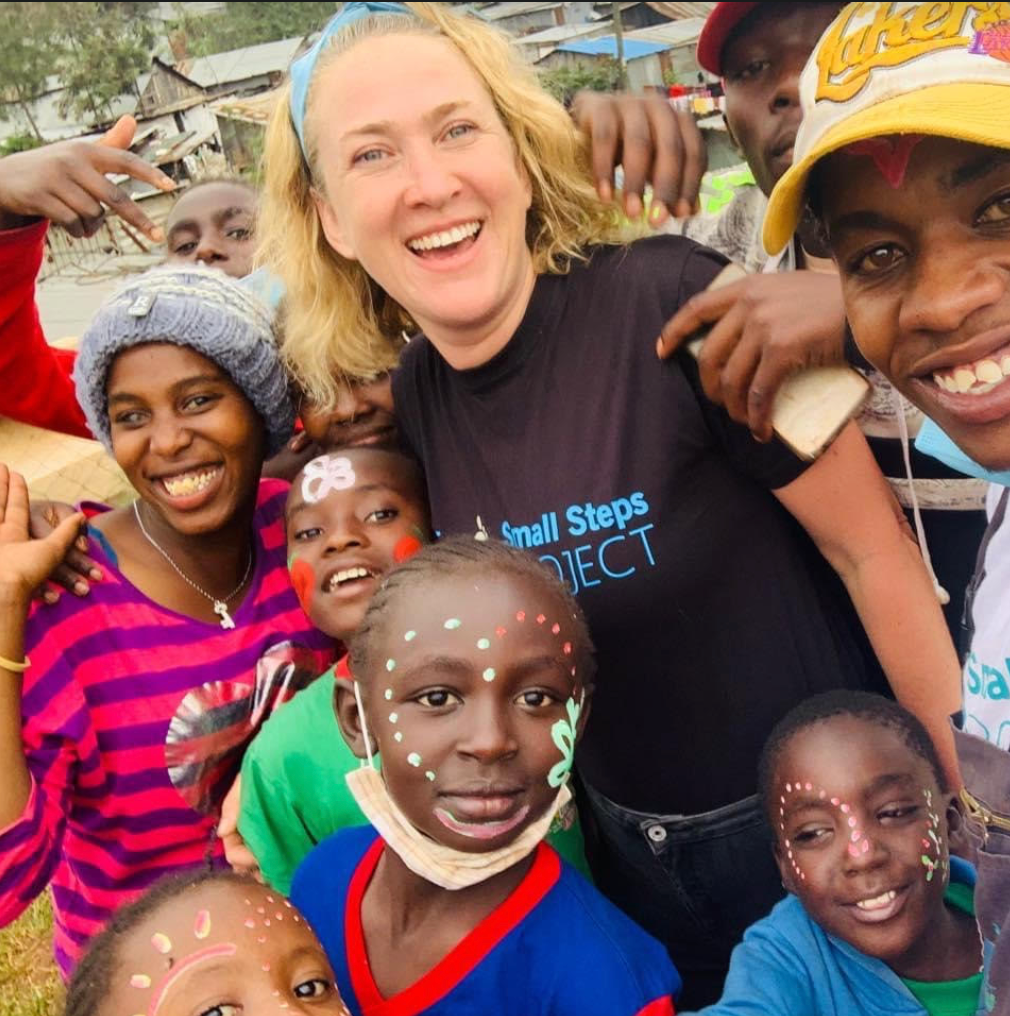 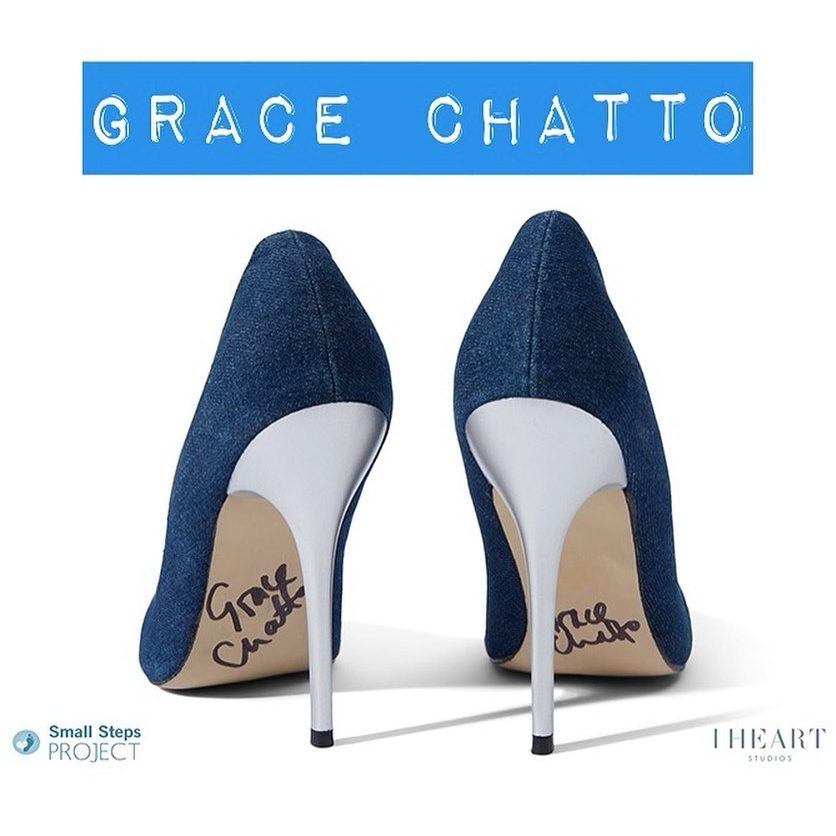 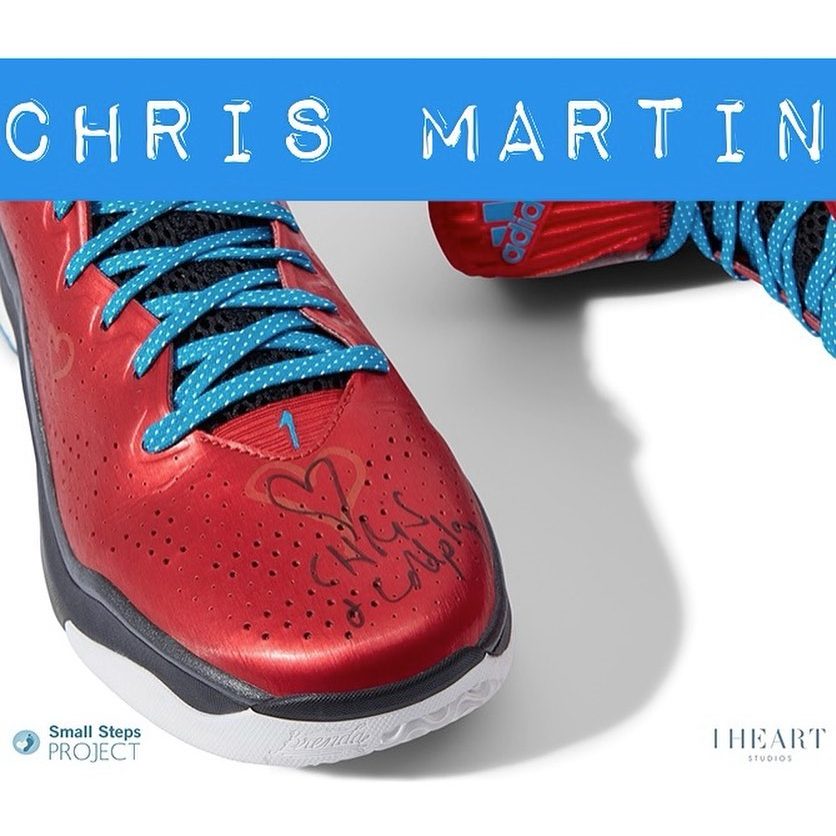 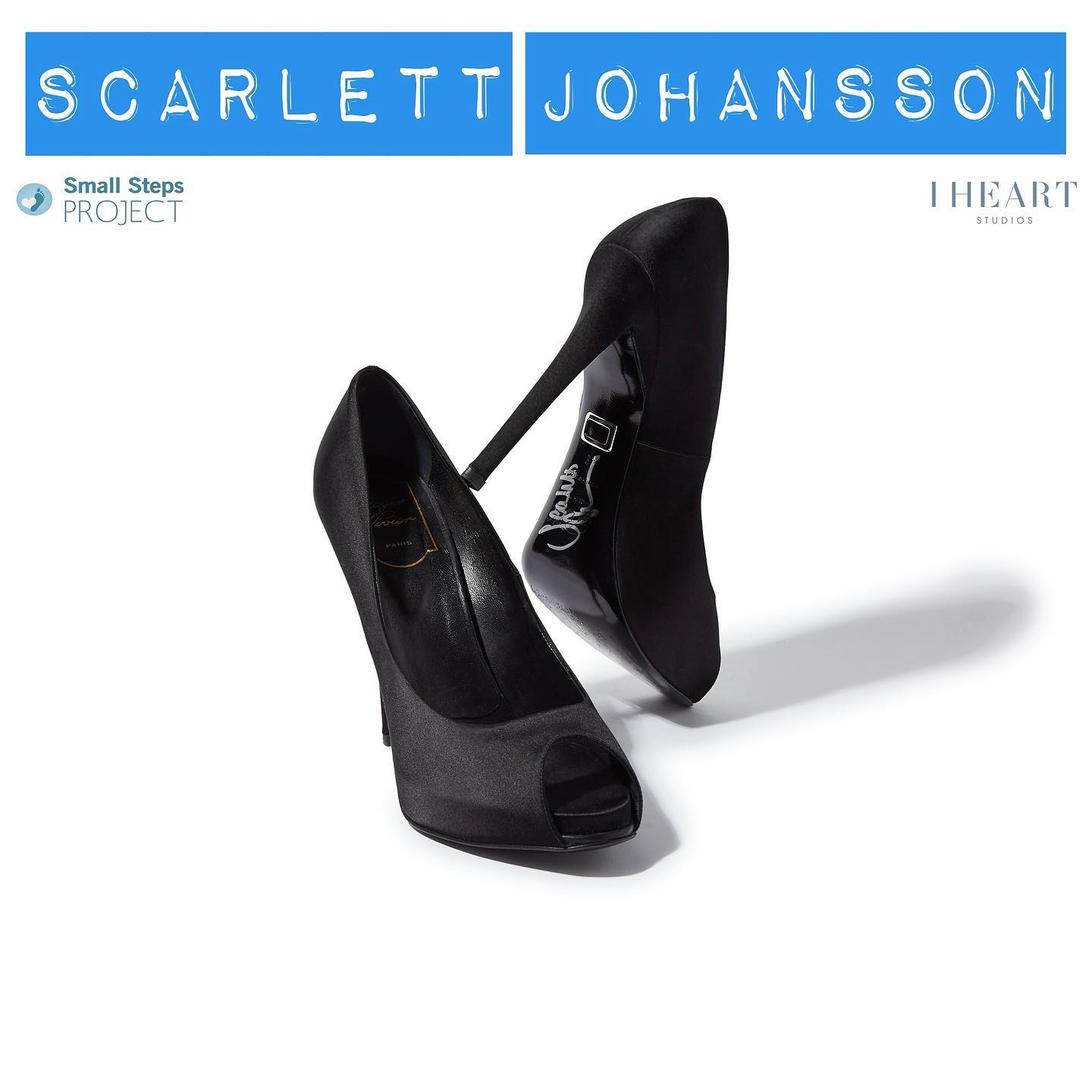 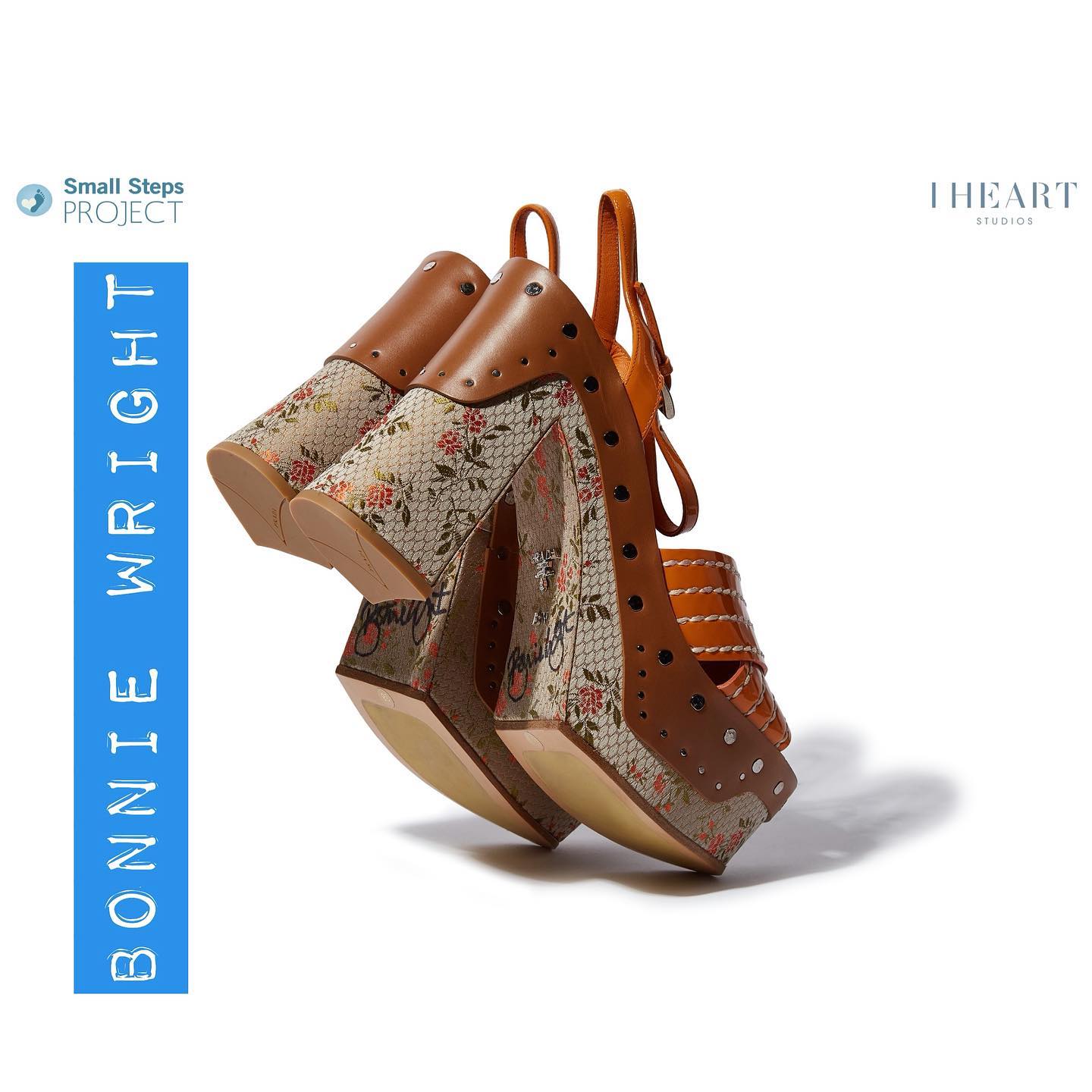 Being a part of the I Heart community and engage with us on social media platforms.